You Are Here: Home / The Blog

One way to fertilize kratom trees | American Kratom Nursery- Join us on the only free and open discussion #kratomapp #kratom watchdog. Built by one of the founders of the American Kratom Association. https://kratomapp.us/

Happy Piggy and Puppy playing while planting kratom trees- Join us on the only free and open discussion #kratomapp #kratom watchdog. https://kratomapp.us/

Pig in front of Kratom Tree

Fertilizing the Kratom nursery all the time

Fertilizing the Kratom nursery all the time

Fertilizing the Kratom nursery all the time- Join us on the only free and open discussion #kratomapp #kratom watchdog. https://kratomapp.us/

How to pick P. Viridis Berries

How to pick P. Viridis Berries

How to pick P. Viridis Berries – To pick off these p. viridis berries gently tug on them from the base of the seed. They are quite squishy and are easy to break so remember to be gentle.    Youtube

Little Lucy here was so mad that she couldn’t go play with the water hose. The hose is her favorite toy and she goes absolutely crazy when she gets around one.

How do you grow Kratom Seed Pods?

How do you grow Kratom Seed Pods?

How do you grow Kratom Seed Pods? – If this is your first time growing from kratom seed our team recommends you spend a few minuets to watch this educational video. These seed pods were planted in March 2019 – June 2019 kept outdoors in very hot and humid conditions while being covered in clear plastic wrap. 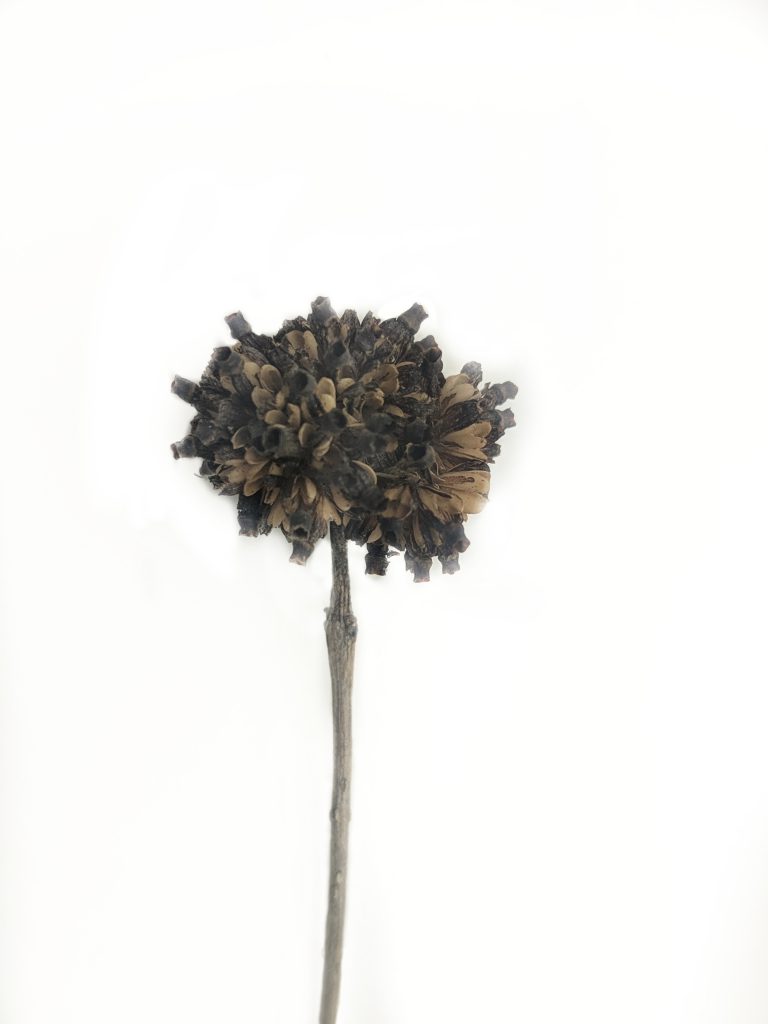 Natural Herb Kratom May Have Therapeutic Effects And Relatively Low Potential For Abuse Or Harm, According To A User Survey

Natural Herb Kratom May Have Therapeutic Effects And Relatively Low Potential For Abuse Or Harm, According To A User Survey 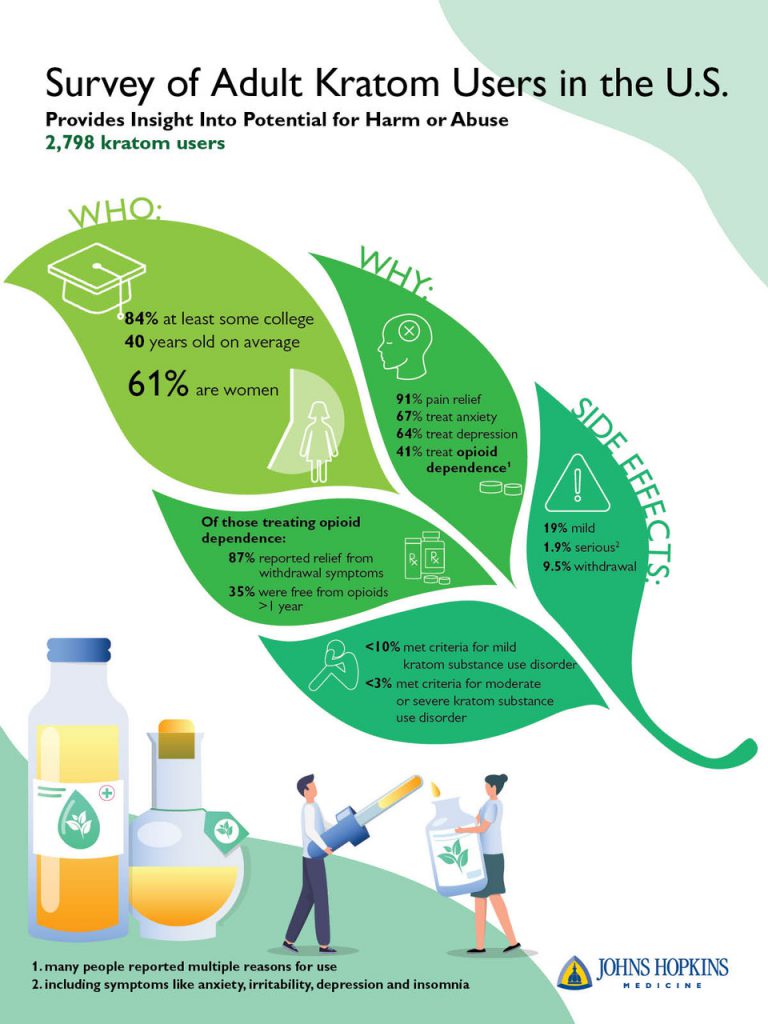 Survery of Adult Kratom Users in the U.S. from Johns Hopkins

Using results of a survey of more than 2,700 self-reported users of the herbal supplement kratom, sold online and in smoke shops around the U.S., Johns Hopkins Medicine researchers conclude that the psychoactive compound somewhat similar to opioids likely has a lower rate of harm than prescription opioids for treating pain, anxiety, depression and addiction.

In a report on the findings, published in the Feb. 3 issue of Drug and Alcohol Dependence, the researchers caution that while self-reporting surveys aren’t always entirely reliable, they confirmed that kratom is not regulated or approved by the U.S. Food and Drug Administration (FDA), and that scientific studies have not been done to formally establish safety and benefits. They say that U.S. drug agencies should seek to study and regulate rather than ban kratom sales outright because of its seemingly safe therapeutic potential, and as a possible alternative to opioid use.

The American Kratom Association (AKA), a consumer advocacy group, estimates that 10-16 million people in the U.S. regularly use kratom by either eating its ground leaves in food or brewing them in tea. Kratom is a tropical plant related to coffee trees, and grown mainly in Southeast Asia. It contains a chemical called mitragynine, an alkaloid that acts on the brain opiate receptors and alters mood. In Asia, where use has long been widespread, people use it in small doses as an energy and mood booster, similar to coffee use in the West. They use larger amounts for pain, or recreationally like beer and wine.

Kratom products are unregulated and nonstandardized, and reports — although sparse — have linked its use to hallucinations, seizures and liver damage, when combined with alcohol or other drugs. In 2016, the U.S. Drug Enforcement Agency (DEA) proposed banning commercial sale and use, and the FDA has advised categorizing it as a Schedule I drug, meaning it has no proven medical application and has a high risk of abuse. These agencies were met with public and supplement industry pushback, and no action was taken. A salmonella contamination outbreak in 2018 among users increased concerns.

However, says Albert Garcia-Romeu, Ph.D., instructor of psychiatry and behavioral sciences at the Johns Hopkins University School of Medicine, the new survey findings “suggest that kratom doesn’t belong in the category of a Schedule I drug, because there seems to be relatively low rate of abuse potential, and there may be medical applications to explore, including as a possible treatment for pain and opioid use disorder.”

“There has been a bit of fearmongering,” he adds, “because kratom is opioidlike, and because of the toll of our current opioid epidemic.”

A 2015 study in Thailand that reported that people in Asia have been using kratom successfully to treat opioid addiction for decades renewed interest among researchers in the U.S.

For the current survey, Garcia-Romeu says, he and his team enrolled 2,798 people to complete an online survey on their use of kratom. They recruited participants online and through social media, as well as through the AKA. Overall, users were mostly white, educated and middle-aged. Some 61% of users were women, and 90% were white. About 6% reported being multiracial, 1.5% reported being Native American or Hawaiian, 0.5% reported being Asian and 0.4% said they were African American. Participants were an average age of 40. About 84% of participants reported having at least some college education.

Of these participants, 91% reported taking kratom to alleviate pain on average a couple times a day for back, shoulder and knee pain, 67% for anxiety and 65% for depression. About 41% of survey responders said they took kratom to treat opioid withdrawal, and of those people who took it for opioid withdrawal, 35% reported going more than a year without taking prescription opioids or heroin.

As part of the survey, participants completed a Substance Use Disorder Symptom checklist to assess whether their use qualified as a substance use disorder according to the American Psychiatric Association Diagnostic and Statistical Manual of Mental Disorders, Fifth Edition guidelines. Fewer than 3% of responses met the criteria for moderate or severe substance use disorder for abusing kratom, but about 13% met some criteria for kratom-related substance use disorder. This is comparable to about 8%–12% of people prescribed opioid medications who became dependent, according to statistics from the U.S. National Institute for Drug Abuse (NIDA).

“Both prescription and illicit opioids carry the risk of lethal overdose as evidenced by the more than 47,000 opioid overdose deaths in the U.S. in 2017,” says Garcia-Romeu. “Notably there’s been fewer than 100 kratom-related deaths reported in a comparable period, and most of these involved mixing with other drugs or in combination with preexisting health conditions.”

A third of the survey participants reported having mild unpleasant side effects from kratom, such as constipation, upset stomach or lethargy, which mostly resolved within a day. Only 1.9% reported that side effects were severe enough for them to seek medical treatment, such as feeling withdrawal symptoms such as anxiety, irritability, depression or insomnia when the kratom wore off. Fewer than 10% of participants reported notable kratom-related withdrawal symptoms.

“Although our findings show kratom to be relatively safe according to these self-reports, unregulated medicinal supplements raise concerns with respect to contamination or higher doses of the active chemicals, which could increase negative side effects and harmful responses,” says Garcia-Romeu. “This is why we advocate for the FDA to regulate kratom, which would require testing for impurities and maintaining safe levels of the active chemicals. Otherwise, unregulated products run the risk of unsafe additives and dosing problems, which could be like getting a shot of grain alcohol when you were trying to order a beer.”

Garcia-Romeu adds that data is scant on whether one can overdose on kratom alone, or how it interacts with alcohol or other drugs. The researchers also say rigorous clinical research needs to be done to test kratom for its potential therapeutic benefits, for behavioral intoxication effects and adverse side effects to further help inform government policy and regulation. They also suggest that people err on the side of caution and not mix kratom with any other drugs or medications, and to always talk with their health care provider before taking any supplement.

Aside from Garcia-Romeu, authors on the study include David Cox, Kelly Dunn and Roland Griffiths of Johns Hopkins and Kirsten Smith of NIDA.